A Neighbourhood of Strong Women 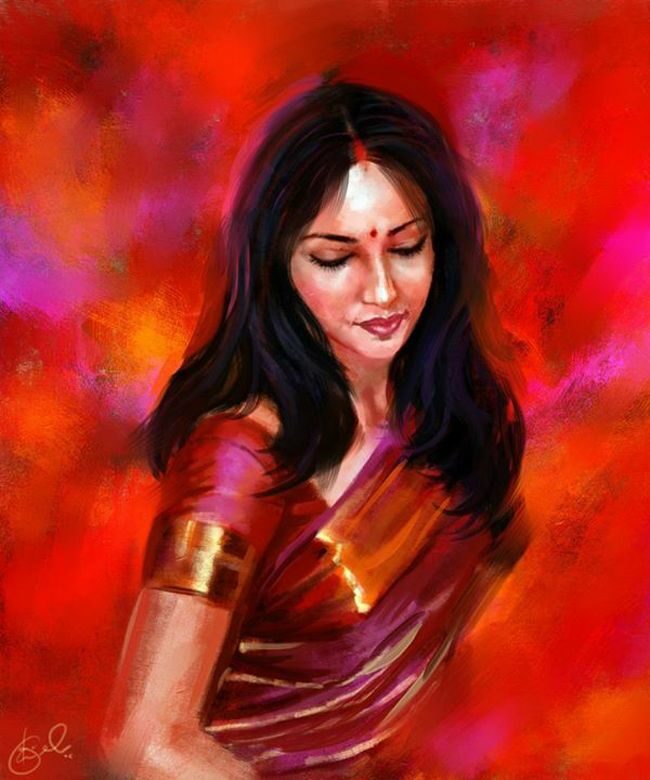 Writing is a beautiful profession in many senses. It makes you a better observer and thinker. It also teaches you to appreciate the little things like the happy bird songs in the morning or the soft whoosh of the wind in the night. The colourful palette sky at sunset, the strange patterns of raindrops on the window in the monsoon.

While I was writing the initial draft of my latest novel ‘Gift of Life’, I began looking for people, women with lives close to the protagonist of the book. Strong women, like Shyamala, who look homely and plain, blending into the background yet are impressively bold in the way they take care of themselves and those around them.

It was then that I realized, every woman in my neighbourhood back home is in her own way a version of Shyamala, an epitome of courage and strength.

The last house in our lane, a tiled roof mud-walled house, behind rows of tall trees and bushes, is occupied by a seventy-five-year-old woman who has lived there all her life first taking care of her ageing parents then her pets and now herself. If you are in the neighbourhood, chances are you will bump into her at least once a day. She spends her time walking around, greeting people, sharing her garden’s produce of bananas and mangoes with everyone.

Another old woman who lives next door, a teacher by profession, is a silent fighter, battling a deadly disease every day. Yet, on good days, she never fails to greet you with a warm smile. Her two dogs are the friendliest of beasts.

Another neighbour, a middle-aged woman who decided enough was enough, walked out of an abusive marriage, got a job and is raising her children by herself, while also taking care of her ageing parents. She also supports noble causes like #adoptdesi and #animalcare.

A young bride whose husband was crippled by a tragic accident a few days after the accident, refused to leave him. Growing old together, fighting odds, dodging society’s pity comments, the two are an inspiration to everyone in the neighbourhood. She is a woman of indomitable spirit.

Many other women in the neighbourhood are playing the dual role of parents here while their husbands work hard far away to help build a better life for their families.

I believe every woman, you and I, are made from bits of many inspirational women who have at some point graced our life. Some for a second, some for decades. These women made Shyamala what she is today – A fictional character who speaks for all the women silently battling their demons – outside and within.

We often imagine strong women to be special. Someone who is visibly stronger – in appearance or intellect. But the truth is that many of these strong women are silent fighters, women who had no other choice but to pick themselves up from rock bottom and continue to thrive.

Who are the strong women in your life? Tell me in the comments below?

Life Lesson from a Museum Curator