Misconceptions as a Teenager 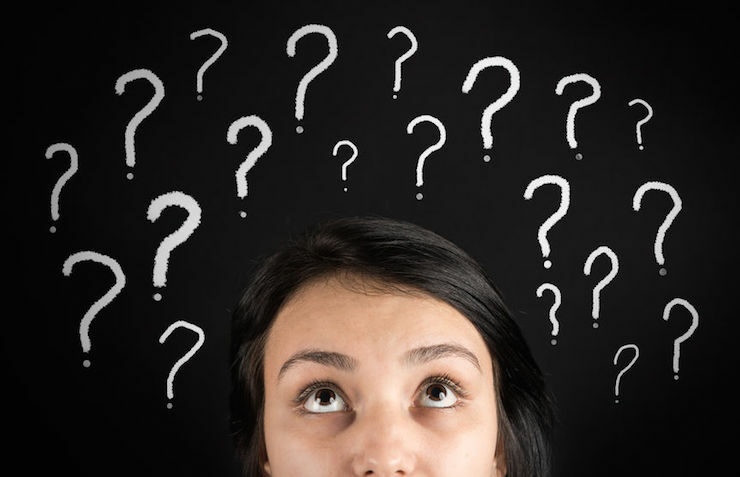 Something to think about this week.

Teenage is a very confusing age in everyone’s life. Often painful and emotionally stressful. When you are not old enough to party late at night and not too young to do your own laundry and dishes. It is an age of experimentation and learning. It is here that Life truly begins to Happen!

I, for one, had a hard time understanding many things around me as a teenager. Acceptance was hard when there was no concrete explanation to why somethings are the way they are.  Answers, that I now know, would have been too much for my tender mind then. This resulted in many misconceptions and prejudices that I carried with me for many years after.

When I started writing this post, I began to wonder if there was a certain amount of biology involved in this. Turns out there is.

Studies suggest that the brain is not fully developed until the age of 25 or so. In fact, it is believed that as opposed to adults, teenagers use amygdala part of the brain to process information and make decisions. Amygdala is considered the emotional part of the brain. I guess that explains a lot of stupid things we did and said as teenagers (sort of relieving isn’t it?)

In this post, I am sharing three misconceptions I had as a teenager (I am sure many of you will be able to relate to at least one of these) that makes me cringe as an adult today. Nevertheless, I am happy that I realized how wrong I was before it was too late.

It took me a long time to realize that not all Men are Patriarchs and not all women are for women empowerment. As I grew up, I also learnt that gender equality did not mean competing with men. It is about joining hands with everyone who truly believes in giving women equal opportunity in every domain. In history, there are many men who have stepped forward and extended their hands in support of women empowerment. A close to home example – Jyotirao Govindrao Phule, who along with his wife started the first school for girls in India.

In the dawn of the new era, I also learnt that Gender equality is not just about men and women. Today, the battle for equality has extended to many dimensions and horizons with the third gender striving for identity and opportunity. My first book – Shikhandini speaks about this in detail.

Photo by Pixabay from Pexels

This is not a total misconception in the true sense. But for a long time, I believed Money and Happiness were components of a linear equation. More the money, more happiness.

With age, we all come to realize that there are many problems in life that cannot be solved with just money. Of course, not having any money is the primary reason for unhappiness to everyone. So, where is the balance?

To me, money is important. I won’t deny it. But the question is – what are you ready to sacrifice for more money? Health? Family? Mental peace?

Did you know that there is a term called Happiness Quotient? And studies that can tell you where the threshold lies, beyond which the linear equation between money and happiness does not rise?

Here is an interesting article about “How much money is enough?”

Photo by Sharon McCutcheon from Pexels

This is a misconception that people of all age groups seem to have even today. (Or is it prejudice that they are not willing to let go?)

When I was a teenager for a short period of time, I believed homosexuality was rare and not really normal. Thanks to all the subtle (often cruel) jokes in movies and T.V. shows with a supporting character (often gay or eunuch) that made it look like it was okay to mock at them.

Today, we all know better. We know that sexual orientation is normal and personal. And should not be criteria for discrimination.

Prejudices, borrowed perceptions and certain ideologies imbibed into us by our family, peers or society usually become a part of our belief system. And since these enter our tender minds at a very young age, it becomes very difficult to liberate oneself even when we know better later on in life. It then becomes our moral responsibility to grow out of this mindset and become better versions of ourselves.

What were your misconceptions as a child or teenager? Have you been able to liberate yourself from them? Tell me in the comments below.

Enjoyed reading this blog? Hit the like button before you leave.

If you wish to read my future posts from your inbox, subscribe by entering your email id on the right (desktop) or below (Phone). Don’t forget to leave a comment. (Remember, writers need readers :))

Another Year Passed, Another Lesson Learned